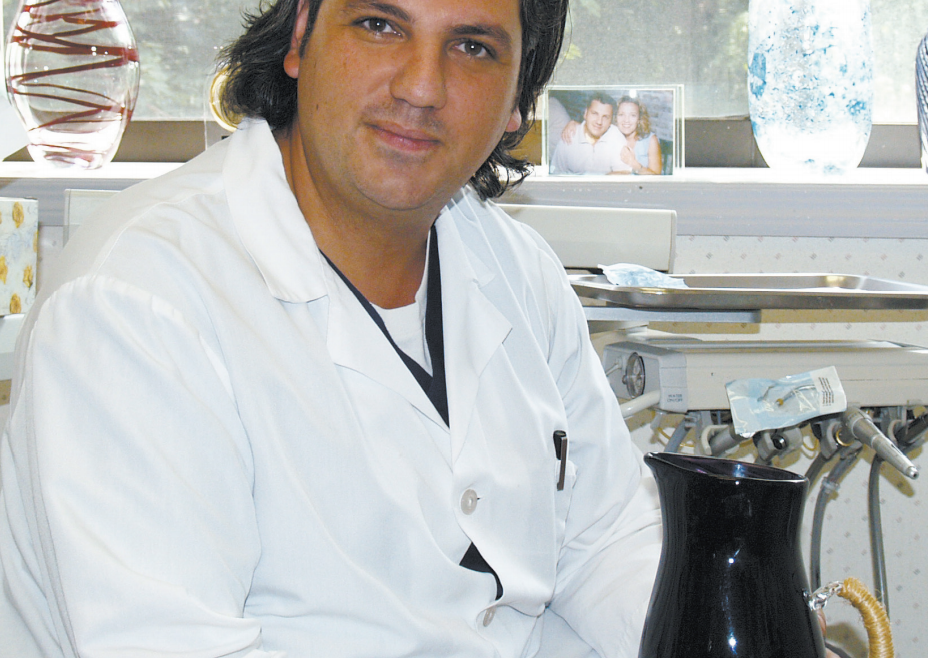 Paul Giotopoulos labors day in and day out as an artist – layering, shading, matching gradients of colors until the look meets his
critical eye. He works with fasthardening materials that need to be sanded and buffed until gleaming. He does his work quickly, each canvas with its own set of peculiararities. Once his clients are happy with his work, they carry it away and he moves on to his next project.

Up until about three years ago, his artistry remained – for the most part – hidden. Unless, of course, someone smiled. Giotopoulos, “Dr. G” to clients unable to pronounce his last name, is a dentist with an office in New Rochelle. His daily routine is to fix broken smiles, but on the weekends you’re likely to find him at Urban Glass on Fulton Street, just off Flatbush Avenue, in Brooklyn.

He is not participating in any tooth-related function, but rather is creating objects made of glass. He is a glass blower. He took some heat
from friends when he began his foray into the glass-blowing field. Certain words are magnets for sophomoric humor which, it seems, transcends age and art. Once his friends spied his elaborate and colorful pieces, they asked if he really created them. Owning up to the craftsmanship quieted his friends’ ill-conceived remarks.

Three years ago, a cousin asked if Giotopoulos would be interested in taking a class on glass blowing at Urban Glass, a not-for-profit that promotes “the use and appreciation of glass as a creative medium.” Sure, he replied. His cousin lost interest, but Giotopoulos stuck with it. A hundred pieces later, he’s still in love with the craft. Several vases, pitchers and other work line the windowsill of his office. He bought his own equipment and spends about four hours a weekend at Urban Glass. The hardest part for him is waiting – up to 24 hours – for the glass to anneal or cool, which changes the color. The best part of glass blowing for Giotopoulos is that it’s fun and he doesn’t have to meet the demands of clients the way the professional artists do. Although that might be changing a bit as he recently sold a piece to a decorator. He is considering selling more of his artwork and donating the money to either or both the Intrepid Fallen Heroes Fund or the American Legion’s Legacy Scholarship. 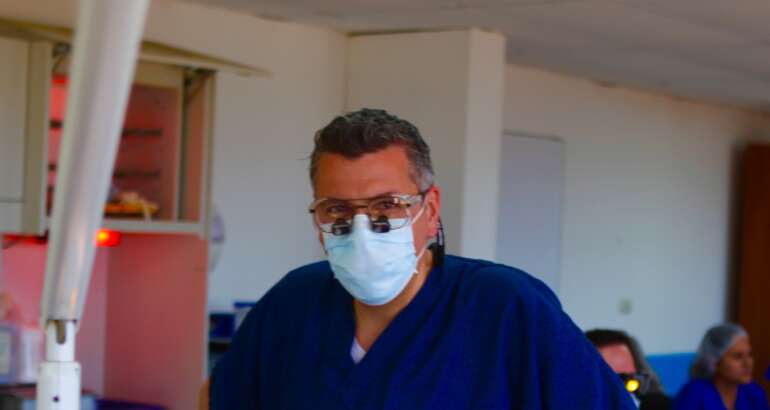